National Mentoring day was launched to celebrate mentoring with a key focus on recognising excellence and raising awareness on the significant benefits of mentoring to encourage more people to get involved in mentoring.

Taking place on the 27th October each year, the day encourages events to take place throughout the World, including a National Mentoring Day Summit and awards.

The day was founded by Chelsey Baker, an award-winning business mentor to help recognise and celebrate mentoring in all its forms. The key message is to raise awareness of the invaluable and rewarding contribution that mentoring makes which has a huge impact on not only our economy but also our society.

Our aim is to encourage interactive discussions, events, social media activities and facilitate shared vision and synergies for everyone involved in the industry and to showcase the benefits of being a mentor and being mentored.

Leading professional mentoring organisations, mentors, key influencers and though leaders from across the World will join together to celebrate the great work Mentors are doing to support individuals and businesses.

This nationally recognised day has already received government, industry and celebrity endorsements and widespread support from the media, politicians and wider industry as well as backing from the major mentoring organisations.

The National Mentoring Day focuses on sharing experiences and paying tribute to mentoring received or given and encourages everyone to show their appreciation for mentoring and to recognise mentors who have made a difference. 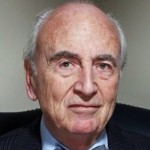 “I had a mentor when I started my first business and he saved me more than once. I hope that National Mentoring Day will encourage more and more people to act as a mentor. I know as I have acted as a mentor many times and it is very rewarding to both parties.”

“National Mentoring Day provides a real opportunity to highlight the true value and importance of Business Mentors. Without them, some of the world’s largest business empires may not exist and I for one would not be standing where I am today.”